Tonight I will be watching the movie called SCREENAGERS with my teenager and younger daughter at my church. I’m looking forward to watching this movie with my teen because I want to show her how the internet, social media, and playing games online have affected her and us as a family. I want to open up a dialogue with my teen to find a better solution that will allow her to have some screen time. 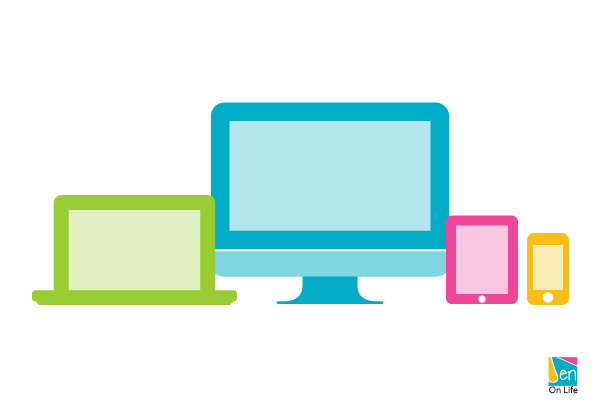 Right now we have taught our kids that everything they have (a phone, computer) is a privilege. If they do not know how to use their phones/computer properly it will be taken away. Right now their phones are not “smart” phones and just a basic phone that allows them to call or text home in an emergency. So abusing the phone never happens.

Currently, my daughter has lost all privileges on her computer because she has been playing a game that her dad did not want her to play. My husband blocked the game url from our router but my daughter knows how to navigate computers well and was still able to play the game using a VPN (virtual private network).

It’s crazy to think that screen time creates a “drug-like” effect on the teenager’s brain. If I think about it, this would explain why my daughter likes being in front of a screen especially to play video games and why she does what she does to find a way to play the video game that she enjoys.

I feel like I’m caught in the middle because I see that my teen wants to take a break by playing and my husband thinks she is addicted to playing games and isn’t capable of knowing when to stop playing. So I’m hoping the movie will help give me ideas on what to implement with my daughter.

“Physician and filmmaker Delaney Ruston learned that the average kid spends 6.5 hours a day looking at screens. She wondered about the impact of all this time and about the friction occurring in homes and schools around negotiating screen time. In SCREENAGERS, Delaney takes a deeply personal approach as she probes into the vulnerable corners of family life, including her own, to explore struggles over social media, video games, academics and internet addiction. Through poignant, and unexpectedly funny stories, along with surprising insights from authors, psychologists, and brain scientists, SCREENAGERS reveals how tech time impacts kids’ development and offers solutions on how adults can empower kids to best navigate the digital world and find balance.”

If you are a parent with a teen and are struggling to find the right balance of how much screen time to give your teen, try to watch the movie near you or host a screening of the movie.

Before my kids went to bed, my teenager and I talked more about her screen time and what she can do to gain some computer gaming screen time. I basically told her that she needs to show that she can be responsible on a computer and not blatantly ignore her parents’ rules. I know that my daughter says a lot of stuff that she would like to work on but my husband believes that actions speak louder than words.

I told my teen that when summer is almost over, my husband and I will review what my teen has been doing and if she can show more responsibility and more self-control while using a computer, we may allow her to play the game that she has been currently banned from playing.

My husband and I already decided that when my teen shows enough self-control and responsibility on a computer, my teen will only be allowed to play games on the “SMART” television in the family room. That way there is less of a chance for online chatting (since the controller doesn’t have a keyboard) and it’s easier to monitor exactly what my teen is playing.

SCREEN USAGE RULES WILL VARY FOR EACH TEEN/FAMILY

Because each teen and family are different, you have to tailor the rules to make it work for both the teen and parents. Parents have to set boundaries and be consistent. Make sure to have an open discussion regarding screen usage. Don’t be surprised that the screen usage rules will constantly evolve.

At the end of the day, my kids know that we love them and want to keep them safe. Although my teen may not like the strict rules, she knows that we are trying to protect her from online predators, gaming addiction, and bad online habits in general.