Warning: Cannot modify header information - headers already sent by (output started at /home/customer/www/jenonlife.com/public_html/wp-content/plugins/go_pricing/includes/core/class_plugin_installer_skin.php:0) in /home/customer/www/jenonlife.com/public_html/wp-content/plugins/paid-memberships-pro/adminpages/reports/login.php on line 418
 Save Money by Canceling your Cable | Jen On Life

Save Money by Canceling your Cable 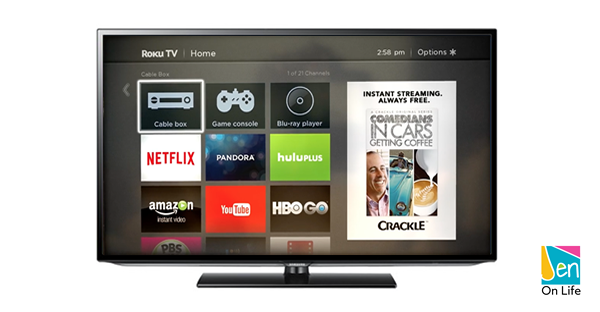 I haven’t had cable tv in over seven years and to tell you the truth I don’t seem to miss it. Maybe it’s because I don’t know what I’m missing. I’m just glad that I’m not glued to the tube as much as when I used to have cable tv. Now that I’m visiting my in-laws (who have every cable station) I see that my kids are much more glued to the television set than when they are at home. At home, since there isn’t much to watch on the local tv stations we don’t turn the tv on often except to check on the weather. We find more productive things to do like work on chores, play outside, play the piano or cello, surf on a tablet or computer, etc.

Our monthly internet bill with CenturyLink is $56. We used to pay a discounted rate initially when we transferred over to CenturyLink.

Our family night on Fridays consist of streaming movies on these two channels (Amazon Instant Video and Netflix). We sometimes watch shows/movies on free channels like Crunchyroll or Crackle. If we want to splurge and watch a newer movie, we typically rent a movie on RedBox for $1.50 but normally we rent a movie from RedBox when we get a free coupon code.

With having access to several seasons of one show on Netflix or Amazon Instant Video you have to be careful to not binge watch which is becoming more popular. Binge watching tv is basically sitting in front of your tv for hours and watching several seasons of a show in one sitting. That can be dangerous. I’ve been there before but I’m much better now and put a limit on what I watch. Because I know myself, I sometimes don’t start shows that will make me get hooked. I know my limits and try not to cross them. So know your limits before watching a show on Netflix or Amazon Instant Video.

We also own a Roku box to stream various channels on our television sets and it works well for our family. Nowadays, you can stream different channels on your television using Roku, Google Chromecast, Apple TV, or Amazon’s Fire TV. If you want to stream channels onto your HDTV, you need to ask yourself what you watch a lot. Is it Netflix? HBO Go? Hulu? Then determine which streaming box offers the channels you frequently watch. It makes sense to purchase a box to easily stream channels onto your tv. If you still aren’t sure which one to buy check out CNET’s Review which they recommend the Roku.

Your cable bill will vary in every location but do the math yourself and see if it makes sense to be paying a lot of money on cable shows you rarely watch. Every household will be different, but if you are in a household that doesn’t watch too much tv and you still pay for cable, you may want to consider canceling your cable service. Once you cancel your cable, look into paying for only internet service, subscribe to Netflix, and purchase a Roku to be able to watch Netflix on your HDTV. Save some money by canceling your cable today.